The programme for the South African wetlands Indaba has been updated. The Indaba will occur from Monday 16th to Thursday 19th of October 2017 will be  “Wetland Communities: Networking Towards Better Practice”. The Indaba will occur at the Wild Coast Sun, Port Edward on the southern coast of the beautiful KwaZulu-Natal Province of South Africa.  See first announcement 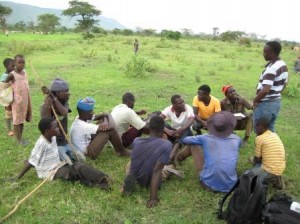 The theme of the 2017 South African wetlands “Indaba” from  Monday the 16th to Thursday the 19th of October 2017 will be  “Wetland Communities: Networking Towards Better Practice”. The Indaba will occur at the Wild Coast Sun, Port Edward on the southern coast of the beautiful KwaZulu-Natal Province of South Africa.

This year the Indaba is looking not only to the wetlands of South Africa but to those further north in the SADC region and beyond. This is an important initiative. Wetlands across Africa are declining in extent and quality, and lessons shared at the Indaba can assist the work of wetland practitioners across the continent. Experience of wetland management in South Africa over the last three decades can help with the management of, and capacity development needed for wetlands further north.  Wetlands typically support not only rich and productive biodiversity but are vital for human communities and livelihoods-ecosystems of natural wealth that are often overlooked or underestimated in development decisions, or in the encroachment and conversion of wetlands in the interest of short-term gains over longer term sustainable use.

Building an effective network of practitioners and sharing experience is essential for wise use of wetlands. Relying on formal protections of international policies such as the fine words of the Ramsar Convention is not enough because in the face of increasing needs for food security or catchment-wide water provision arguing the case in the interest of small, or subsistence level, stakeholders or local compared with national interests rarely wins the day. However sharing experiences, co-designing management strategies and building awareness of the economic and social value of wetlands increasing builds the case for the sustainable use of wetlands. So if you have story for better local wetland management, or through e.g. thinking before you drain, or enhancing wetland value, join us at the South African Wetlands Indaba 2017.

Abstracts for short presentations can be submitted till 31st July through the website http://nwi17.sawetlands.org/

Harare, capital of Zimbabwe, has a problem with water supply. Often unavailable, and grossly polluted, it costs millions of dollars a year to treat. Yet, Harare, nestled within a natural wetland has the gift of nature of easy access to plentiful and clean water – as long the source area is protected.

Walking on wetlands near the Central Business District two weeks ago was a reminder that the value of, and the threat to wetlands, is an everyday occurrence. Alas, city development puts increasing pressure on the remaining wetlands that circle the city and lie alongside an expanding suburbia.

Because the wetlands are seasonal, and dry in the winter, some economic interests even dispute their definition as wetlands. But, the reality is that Harare’s water crisis is by and large a self-made one.  Local organizations work hard to improve understanding that by working with the wetlands as part of nature’s natural capital, they can help the city provide its much needed sustainable water supply (see our feature here)

The bit-by-bit erosion of wetlands that serve Harare so well, is a common global story. The piecemeal fragmentation of wetlands is ongoing, a little here and a little there, driven by multiple pressures and insufficient understanding of how wetlands can be part of the solution to sustainable water supply, flood relief, mitigation to climate change, and a host of other services.

Despite all the jobs and other vital benefits that wetlands provide, 64% of the world’s wetlands have disappeared since 1900. The wetlands that still remain are often so degraded that the people who directly rely on wetlands for their living – often the very poor – are driven into even deeper poverty. In addition, by 2025, it is estimated that 35% of people will directly face declining water supplies. This is the result of a point of view that still mistakenly sees wetlands as wasteland.

Today, the World Wetlands Day 2016, celebrated “Wetlands for our Future: Sustainable Livelihoods”. As in previous years, partners organized events on the day to raise awareness for the importance of wetlands, some of which we will share here on the website and in the community to inspire future events.

After all, every day is a wetlands day for people depending on them for their livelihoods.

I am just back from the 12th Meeting of the Conference of the Contracting Parties to the Ramsar Convention on Wetlands (COP12) in, Uruguay (http://www.ramsar.org/about/cop12-punta-del-este-uruguay-1-9-june-2015). It was great to connect with  many familiar faces who had attended wetlandsforum.net events.  Paul Ouédraogo  and Dede Amah of the Africa Ramsar secretariat , were showing their usual energy  in supporting the cause of African  wetlands.

The theme of COP 12  is Wetlands for our Future. Plenary presentations of the first  day left little doubt of the crisis facing the worlds wetlands, with 40% of wetland habitats being  lost over the last 40 years. Inger Andersen, Director General of the International Union for Conservation of Nature (IUCN), referred to the “relentless pressure on wetlands”, calling it aa wakening call for action and “if this were a business the stakeholders would not stand for it”  as we over draw nature’s credit.

The Ramsar COP is not only  a formal meeting to agree matters of business for the next three years and beyond, and where the discuss a series of  draft resolutions . It is also an opportunity  to showcase new initiatives and open up discussion s across a varied range of wetland topics.  In one of these “side-events”, the Ramsar Regional Centre for East Africa (RAMCEA) co-hosted an event on Synergies and Lesson Learnt with Centres from the Western Hemisphere and East Asia. All the centres  face similar challenges in keeping a continuity of support for their activities, and where best to focus their work. Ramcea has just started a project led by BirdLife international on the protection of critical wetlands in the Lake Victoria Basin, and will be involved in disseminating outputs for the project over the next two years.

Against the backdrop of the ongoing loss of wetlands, there are also success stories.  One of the Ramsar Wetland Conservation Awards for 2015, through the support of the food company Danone went to the  NGO Océanium, represented by Jean-Christophe Henry, of  Senegal for work on the restoration of mangroves (see presentation of award by Secretary General of Ramsar: http://www.iisd.ca/ramsar/cop12/images/3jun/IMG_1826.jpg).   Through gaining carbon credits, the restoration of mangroves  makes good business as well as ecological sense.  Jean-Christophe Henry later explained to me that the scheme started to support the livelihoods of rice farmers who were losing their land to salinization because the buffer of the coastal mangroves were disappearing. More information on the mangrove restoration of Senegal can be found at http://www.livelihoods.eu/portfolio/oceanium-senegal/.

An  event  towards the end of my visit to the COP, and which struck a chord with me, was the side event on Celebrating Wetland Cultures on the World.  Ramsar has recently launched The Ramsar Culture, Livelihoods & Wetlands Partnership, and The Ramsar Culture Network. The  Partnership is supported by the MAVA Foundation, thinking wetland cultural and natural heritage. I am sure that wetlandsforum.net  has a rich knowledge of  wetlands and their cultural link in Africa, and I invite you to send us your contributions, to share with each other,  and the world.

Further information on the Ramsar Cultural initiatives can be found  at http://www.ramsar.org/activity/culture-and-wetlands. 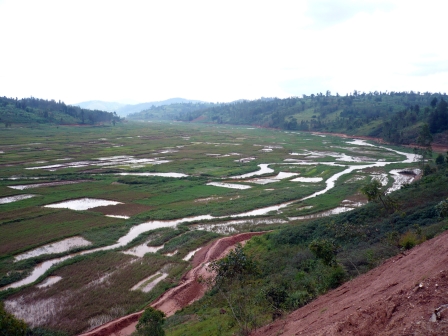 “In the Netherlands, we celebrate Dutch engineering that keeps the country dry. The Dutch have crafted their skills of water management over 600 years, as a necessity for choosing to live below sea level; engineering the landscape, and even the wetlands such as the Biesbosch. While we marvel at engineering ingenuity, we can’t forget the natural engineering provided by ecosystems, with wetlands a particularly good example.

As natural  “shock absorbers” the green infrastructure  of wetlands attenuate flooding, reduce nutrient enrichment to downstream lakes, rivers, and coastal regions, moderate local climate, support diverse human livelihoods and are havens of biodiversity. From beautiful rotifers to intricate plant communities; from large wetland antelopes to the specialised skills of bird species, wetlands are wonders of evolution and a joy to the senses….Read full post

At the Wetlands Forum workshop in Kigali in 2013, we developed ideas for the Wise-Use, Smart Plans for African wetlands. The energy of the Kigali workshop demonstrated the appetite for a pan-African Community of Practice for the protection and management of wetlands; from that meeting, wetlandsforum.net was conceived. Since then we have had follow-up regional workshops in Kampala and Benin, enabled by the funding and support from local and international donors. Along the way, we have been thinking how to make the community a viable proposition and as a south-south African network. How to complement, not duplicate, the good work of Ramsar and others? The network can be a virtual space where ideas can be shared and discussed, and information provided. It can result in partnerships that also provide support for real-life workshops and meetings. A number of you have agreed to be part of the steering groups to provide vision and energy. Now on the eve of World Wetlands Day 2015, we breathe life into the web-platform, to support, facilitate and share wetland experiences.
Wetlandsforum.net is now “open for business” and with a positive message from Josué Aruna from DRC a good place to start. Josué outlines some local activities to celebrate World Wetlands day on 2nd February. Check out reports from World Wetlands Day 2014 and the Ramsar Wetlands Day webpage, and share your photos and stories from this year’s World Wetlands Day on our community platform. Wetlandsforum.net is a sort of infant that needs to learn and grow. It will do this from the nourishment from the community, so that it becomes part of the community, and we invite you all to get involved as the site develops in 2015.