The  World  Wetlands  Day  2015  was celebrated  on  2nd February  2015  at Atebwo  primary  school,  Nandi County.  The  event  was  geared  towards creating  awareness  on  wetlands conservation  as  well  as  commemorating the  day  the  Ramsar  Convention  was
entered.

The  much  awaited  celebrations  had  been preceded  by  two  build  up  events;  the Kibirong  community  road  race  marathon and  a  panel  discussion  in  Siaya  on  Yala Swamp.   There  was  also  a  tree  planting session  as  well  as  exhibitions  by  the stakeholders such as NEMA,  WRMA,  KWS, and KFS among others. 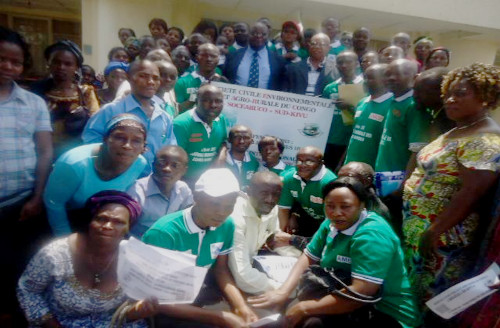 In Bukavu, DR Congo, the World Wetlands Day 2015 was celebrated with a peaceful march to raise awareness of the population and advocacy to policy makers. Women in particular expressed their concern for the future of the local wetlands. A memorandum calling for a law regulating the wise use of wetlands was handed over to representatives of the provincial assembly and office of the Governor. A public awarnessevent with local fishermen and fish sellers of Lake Kivu concluded the activities.

Watch a presentation on the activities in English or French: